END_OF_DOCUMENT_TOKEN_TO_BE_REPLACED

Tips for Choosing Your Ideal Eyeglass Frames and Lenses

Whether you are choosing your very first pair of eyeglasses or looking for a replacement pair, the prospect can seem daunting.

You might have that anxious feeling of “being stuck” with your choice for the next good while, and the fear that something you initially thought was great later turns out not to not be the right fit for you or your lifestyle.

But don’t psych yourself out! Choosing the right new glasses should not be a major mind game. It’s a great opportunity to find something that looks nice for yourself, and can even be a pretty fun time.

Here are a few small pieces of advice to consider the next time you’re choosing a new pair of frames and lenses.

Take Face Shape as a Suggestion

If you look around, you will no doubt find plenty of guides all on finding the right style of frames to complement the shape of your face.

Yet while such advice can be a good point of reference or place to start, you should not take all these articles as gospel.

The reason is pretty simple. While these guides tend to express the best frame styles for round, oval, square, and other-shaped faces, very few people’s actual faces ever fall exactly into one of these categories. The reality is more of a mix from person to person, so a style that might look great on one face might not look as appealing on another, even if they have a similar base shape.

So take the notes below as guidelines and a place to start: 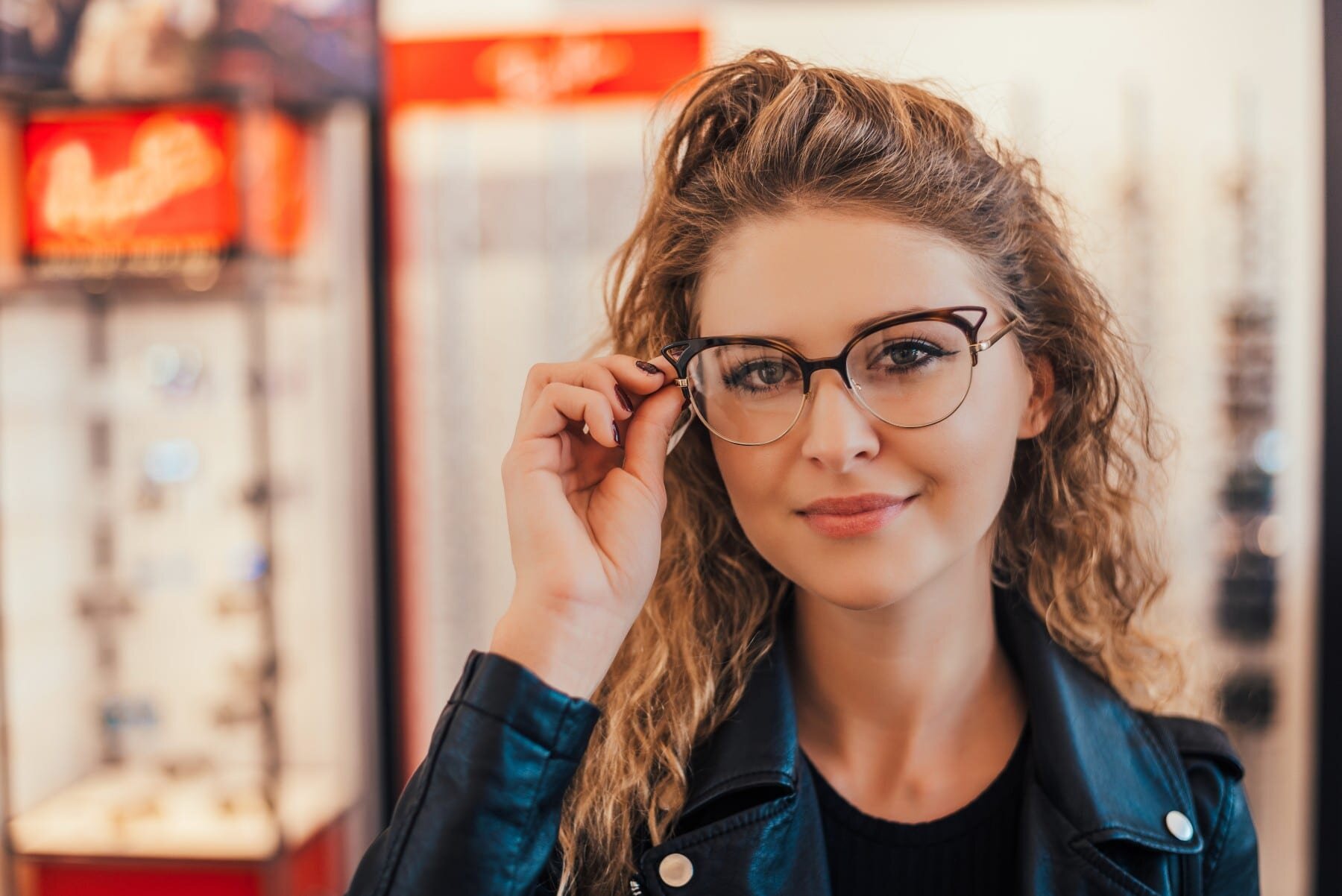 If you want a square face to appear thinner or longer, try a frame width that is more than the broadest width of the face.

Glasses for Round Faces

Round faces tend to have width and length in similar proportions, with little-to-no angularity. This can sometimes give them a more youthful appearance.

Rectangular frames that are wider than they are deep can be a good complement for round faces, as do more angular and bolder styles (think cat eye) that draw more attention to the eyes and cheekbones.

An oblong face shape tends to accommodate a great manner of frame styles well. Cheekbones tend to be slightly wider than the forehead and jaw, making proportions rather complementary for glasses.

One frame style that might not work so well for oval faces, however, are any that are very narrow. Pairs that are at least as wide as the broadest part of the face are a good starting point.

A heart shape is widest at the brow and gradually narrows, often as a sweeping curve to the jaw. Cheekbones tend to be prominent and the chin pointed.

Rounded and oval frames often work well for heart-shaped faces, but square frames can be worth looking into as well. Very wide or oversized frames tend to not be as complementary.

Once again, all of the above should be taken as general advice. If there’s a frame style that goes against the conventional wisdom but you think it looks great on you, don’t put them back just because someone says it shouldn’t work! 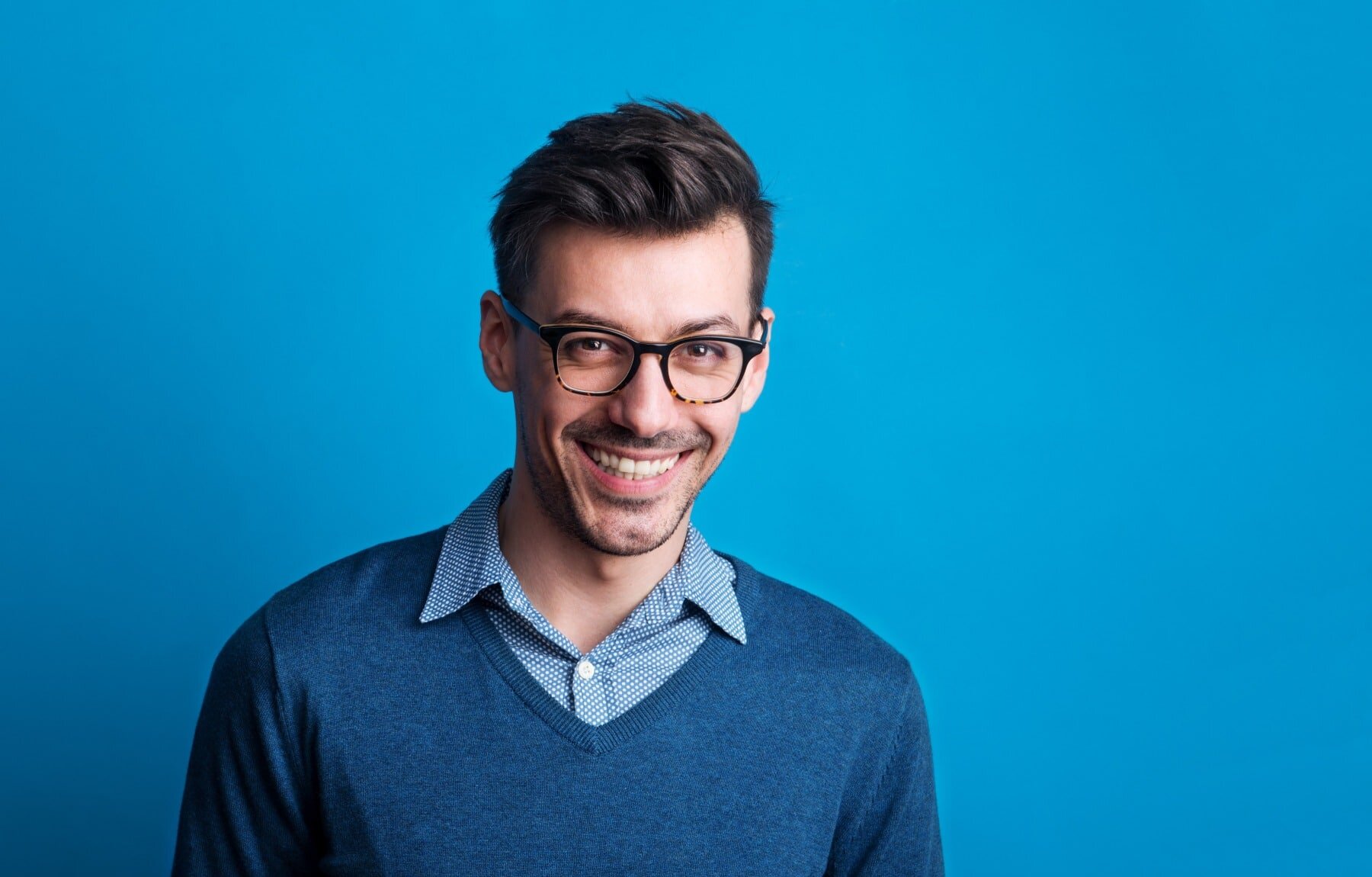 Consider the “Temperature” of Your Skin Tone

Shape is one thing; color is another. Skin tone tends to be more influential than eye or hair color when it comes to complementing your frames.

Of course, don’t let this stop you from giving your favorite colors a test drive anyway!

The type of lens you choose can have an influence on the overall look of your glasses, so it is worth keeping those choices in mind.

For example, some prescriptions might result in a thicker lens than others. This thickness might look better in certain frames than others. That said, you may also have options such as progressive polycarbonate lenses that will reduce that thickness, should you desire.

You may also want to consider how the tint of your lenses may relate to the color of your frames, especially If you choose polarized lenses or transitioning lenses.

Your Comfort Matters Most

Whether you want to make a statement or have a more subdued look, the one thing that matters most when choosing a new pair of eyeglasses is how you feel in them. Are they comfortable on your face and something you love to see when you look in the mirror? Then it’s hard to see where that can go wrong!

Our staff can help you with suggestions and different options, but we will not tell you what frames you should ultimately buy. That will always be up to you and your satisfaction.